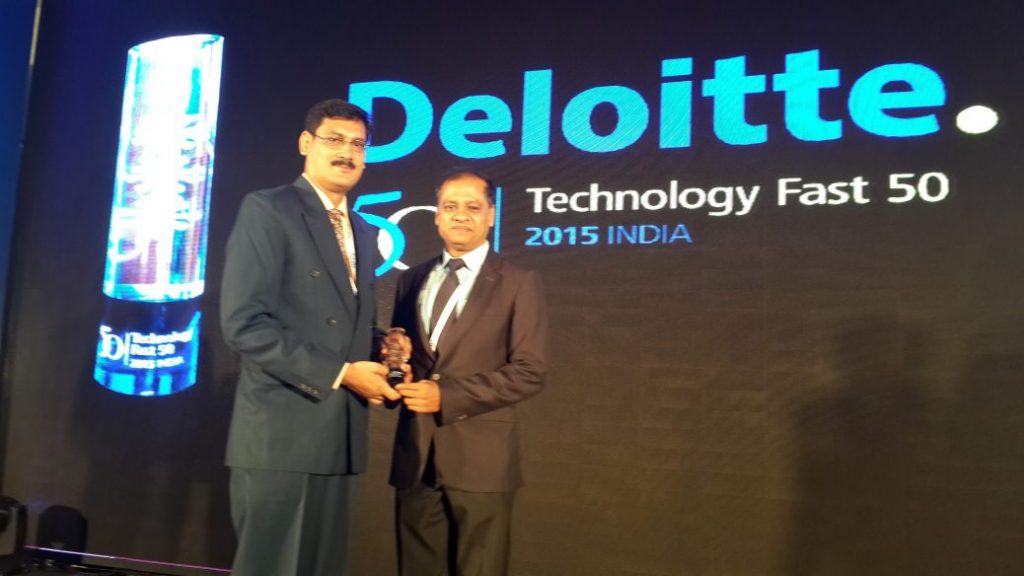 Prodapt’s CEO, Mr. Vedant Jhaver, credits its unique industry positioning, vision, and singular focus on communication with the company’s 108 % revenue growth over the past three years to this recognition.

“Being a winner in the Deloitte Technology Fast50 program is commendable in today’s highly competitive technology industry,” said Rajiv Sundar, Senior Director, Deloitte Touche Tohmatsu India LLP (DTTILLP), and Program Director Tech Fast50 India 2015. “We congratulate Prodapt on being one of the 50 fastest growing technology companies in the country.”

The Technology Fast50 India program, which was launched in 2005, and celebrating its Tenth anniversary this year, is conducted by Deloitte Touche Tohmatsu India LLP (DTTILLP), and is part of a truly integrated Asia Pacific program recognizing India’s fastest growing and most dynamic technology companies (public and private companies) and includes all areas of technology – from internet to biotechnology, from medical and scientific to computers/hardware. The program recognizes the fastest growing technology companies in India based on their percentage revenue growth over the past three financial years.

Prodapt is a leading provider of IT, operations and network services with a singular focus on the telecommunication industry. Prodapt works with global leaders in the communications industry, including service providers (CSP/MSP), Telecom ISVs, and NEMs around value creation, innovation, product rollouts, and support operations.

Prodapt has locations in India, US, Europe, and South Africa. Prodapt is part of the 100-plus year old Jhaver Group of Companies that employs over 15,500 people across 55-plus locations globally.

Acquisition to bolster Prodapt’s leadership position in connectedness vertical, reaffirms commitment to the UK with a

Any cookies that may not be particularly necessary for the website to function and is used specifically to collect user personal data via analytics, ads, other embedded contents are termed as non-necessary cookies. It is mandatory to procure user consent prior to running these cookies on your website.